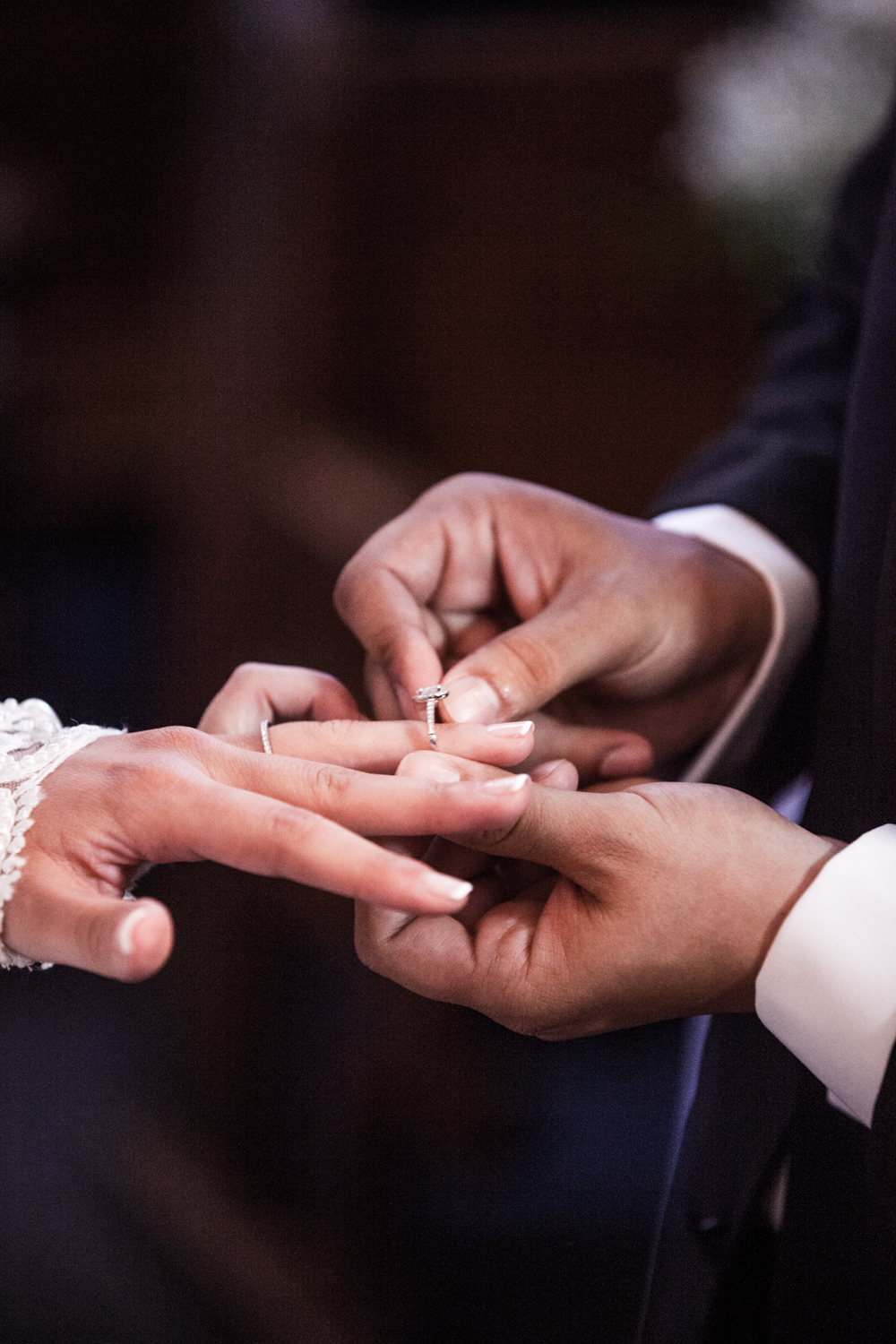 CANON OF ANOINTING OF THE ALLIANCE

Marriage is a sacrament because the alliance between man and wife is blessed and sealed in the name of God. "What God has united, man must not divide," says Jesus (Matt. 19:5-6).

According to the apostle Paul, the union of man and woman is like the covenant between Christ and his Church.

In fact, pure and healthy progress of mankind along with the prosperity and splendor of the Church depend on the results of legitimate marriages. Since Christ and his Church are one body, so be the same for married people following the divine command, "Be fruitful and multiply," and must be fully aware and faithful to their covenant and goal. The union of two human beings is already a mystery by itself, and is one of the seven sacraments of the Church based on the message and the divine blessing.

Marriage is built on honesty aiming to give birth to children. As true members of the Church, man and woman must lead a chaste life in order for their union and they family they are building be fruitful and that the Church becomes stronger accordingly.

And since marriage is based on honesty, it requires that spouses pay attention to impudicity and do not tarnish the sanctity of the covenant of marriage by prostitution and fornication.

In his letter to the Ephesians where the Apostle Paul explains the obligations of man and woman and their mutual behavior in married life, the apostle says: "Out of respect for Christ, be subject to one another: women to their husbands as to the Lord Jesus, because for the wife, the husband is the head, just like the Church, Christ is the head, who is the Savior of his body. Well ! Given that the church submits to Christ, let it  always be the same for women with regards to their husbands.You men, love your woman as Christ loved the church and gave himself up for her to sanctify her, having cleansed her by the washing of water with the word. He might present the church to himself in splendour, without spot or wrinkle or any such thing, that she might be holy and immaculate. It's the same way, husbands ought to love their wives as their own bodies. He who loves his wife loves himself. Nobody ever despised his own body. Instead, we feed it, we take care of it. This is what Christ did for the church, because we are members of his body. As the Scripture says: "For this reason, a man must leave his father and mother and be joined to his wife, and the two will become one body." This is a very important truth in God's program, in my opinion, refers to Christ and the Church. But it also relates to each of you for every man should love his wife as himself, and every woman must have respect for her husband. "

In our church, the priest has the right to marry. The couple comes to church where the priest asks questions before God and the wedding guests to see if they came to marry of their own will. Having received their affirmative answer, the priest takes their right hands, and moves their foreheads closer in delivering a sermon, a prayer and by blessing the union.

As Christ is not separated from his Church, and married people can not be separated. In other words, the marriage covenant is indissoluble.

According to the Gospel, fornication is the only valid reason for a divorce. However, in light of new serious reasons in married life that obstruct the realization of the marital union or disturb this union, the Church accepted divorce, after considering other valid reasons altering the union.

The body’s health is necessary for achieving the essential objective of marriage: family and child birth.

The canonical compliance is the condition that the couple must meet to have a healthy generation. The more the married persons are distant one from the other by family ties, the more they respect the rules of the Church which are based on those of health. According to ancient rules, a man must be separated by seven degrees to the woman he wants to marry. Following the new circumstances, the supreme religious authorities allowed the marriage between those with only five degrees.

The degrees of relationship by marriage or spiritual (partner or godparent) were also harsh at the time, but at present these degrees are almost combined and attention is instead paid to the degree of kinship and blood.

Membership of the boy and the girl to the same nation and religion is very important for solidarity, peace and happiness in family life.

The consent and mutual love of married is a prerequisite for physiological and moral obligations of marriage. Only respect for this condition may prevent forced marriages and other inopportunities.

Our church has a rule that is based on prudence and devotion: no marriage nor weddings during fasting days and great feasts of the Lord. (However, various changes in today’s social life forced the church to review the rule not allowing marriage during the days of our Lord. At present, marriages are blessed daily. Source : website.)

If the man loses his wife several times, the rule of the church allows him to marry three times. More than three times is not only against the rules, but also immoral.

According to the Gospel, prostitution and fornication endanger the marital union and undermine the sacrament. Therefore, marriage is broken, the party at fault is condemned and denied the right to marry again.

*This explanation written by the website is from the book "Christian" by the Catholicos of the Great House of Cilicia Babken I Gulesserian. (4th edition, Antelias 1971)